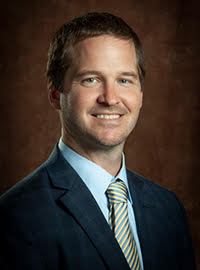 Dr. Jacob Moldenhauer received his Ph.D. in physics from the University of Texas, Dallas in August 2010.     His primary research interest is in computational and theoretical cosmology; looking for answers to the mysteries of the Universe.  He is always looking for new and innovative teaching methods for physics and related fields.

My research is in theoretical cosmology using analytical and numerical calculations, which involve the use of available data from NASA and other international databases.  I use computational resources such as high performance computing clusters, sophisticated numerical algorithms and interactive simulations all integrated with recent observational data sets to pursue answers to some of the most compelling and still-lingering questions about the universe.  How old is the universe?  When and how did it begin?  Was there something before the Big Bang?  What is the cause of the current accelerated expansion of the universe (also called the cosmic acceleration)?  What size and shape is the universe?  What is the ultimate fate of the universe?  Most of my current work involves determining the cause of the cosmic acceleration.  It could be due to some form of as of yet unknown dark energy, i.e. Cosmological Constant, requiring a negative pressure and negative equation of state.  Another popular explanation for the cosmic acceleration comes from extensions to the theory of general relativity that take effect at cosmological scales of distances, e.g. modified gravity.  An important part of this project involves being able to observationally distinguish between these different theories and perform tests to falsify them.  I explored and falsified many modified gravity models in my dissertation, Dynamics and Phenomenology of Higher Order Gravity Cosmological Models, and we developed parameterizations to falsify general relativity at cosmological scales with the Integrated Software in Testing General Relativity (ISiTGR), which will prove very useful as more precise data becomes available over the next few years.

Specifically, I test cosmological models against experimental data sets.  Constraints on parameter values in the models will either support or rule out the theory behind the model.  It is my desire, not only to answer some of these questions, but also be able to allow non-cosmologists to understand the explanations and cosmological methodologies.  So, I also focus some of my time on cosmology education research.  I began constructing cosmological modeling simulations with the help of Easy Java Simulations in collaboration with my colleagues at Francis Marion University (FMU) and most recently at the University of Dallas (UD).  These simulations combine real-time plotting and numerical fitting to illustrate how theoretical models can be compared with experimental data sets to test a cosmological model.  The simulations contain genuine data sets from recent cosmological surveys with options for testing more than one model at a time for easy visual and numerical comparisons.  The visual comparisons allow users to directly see why some models match the data and others do not, while the numerical comparisons are for refining the parameter values for a best-fit model.  Several colleagues at the Fall 2014 Meeting of the Texas Section of the American Physical Society (TSAPS) remarked that these programs were exactly what they were looking for in the field of cosmology.  These programs are packaged as CosmoEJS, which is explained in my article, Modern Cosmology:  Interactive Computer Simulations using Recent Observational Data Sets, (Am. Jour. Phys., Vol. 81, Issue 6, 2013).

This is an exceptional arena from which undergraduates new to cosmology can begin their study because in addition to learning about the subject matter, they also help to develop tools for their peers.  I had eight undergraduate students during my two years at FMU and two undergraduate students at UD in the past year contribute to these projects by adding a new simulations for new cosmological observations, as well as new functionalities for these programs.  Once they become familiar with the material, they are better prepared to understand the theoretical research, which involves not only knowing the observations, but also how the theoretical models are constructed.  We also make use of the simulations in the classroom and education outreach, like astronomy club.  I have my students present their program to a non-majors class for the opportunity to try out their tools on audiences less familiar with the work.  This gives them a chance not only to demonstrate their understanding, but also improves their ability to communicate about the field with their peers.

Undergraduate students (three at FMU and one at UD) with the desire to explore cosmological questions learn High Performance Computing (HPC) skills to test cosmological models with observational data sets.  These tests are performed using a modified version of the publicly available Monte Carlo Markov Chain code for cosmology,cosmoMC, (A. Lewis and S. Bridle, Phys. Rev. D66, 2002).  This code is used along with certain packages, or modules like ISiTGR, (J. Dossett, M. Ishak and J. Moldenhauer, Phys. Rev. D84, 2011) designed to test for consistency with general relativity using elegant parameterizations for modeling the dark energy at different times in the universes evolution.  My students and I collaborate with a group at The University of Texas at Dallas, DARKLIGHT Group Osservatorio Astronomico di Brera and also use the Texas Advanced Computing Center (TACC) at The University of Texas at Austin for running these tests.   In both cases, not only did the students learn how to use HPC to efficiently test dark energy models, but they also learned about HPC in general through usage and design of an instructive computing cluster built by the students from repurposed materials in the department.  In order to bridge the gap between undergraduate education and research, undergraduates need experience in HPC.  Beyond simply logging into a remote terminal, truly understanding HPC is particularly difficult for undergraduate students because the HPC cluster consisting of large machines locked-away in secure datacenters, offers few opportunities for students to grasp the totality of HPC systems.  A hands-on experience is critical to filling in the gaps in their understanding.