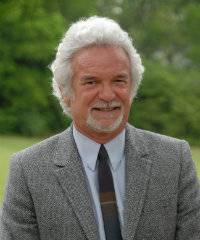 Center for Building a Culture of Empathy

Conversation with a Bonobo

Scott D. Churchill is professor of psychology at the University of Dallas, where he has previously served as chair and founding director of its masters programs in psychology.

Dr. Churchill has presented keynotes and invited addresses at professional conferences around the world, including Australia, India, Germany, Sweden, Denmark, Norway, Italy, and Poland. He has authored articles and book chapters in the fields of phenomenological research methodology, human-bonobo communication, second-person perspectivity, and empathy studies; and has developed and taught numerous courses over a 35-year period at the University of Dallas in phenomenological psychology, hermeneutics, depth psychology, projective techniques, primate studies, cinema studies, lifespan development, embodiment and sexuality, etc. In 2013 the American Psychological Association presented him with its "Mike Arons and E. Mark Stern Award for Outstanding Lifetime Service to the Society for Humanistic Psychology." In 2014 he was named a Piper Professor by the Minnie Stevens Piper Foundation, and was co-named with the University of Dallas Psychology Department as recipient of the APA’s “Charlotte and Karl Bühler Award for Significant and Lasting Contributions to Humanistic Psychology.”

Locally, Churchill is a fellow of the Dallas Institute of Humanities and Culture, and senior film and performing arts critic for the Irving Community Television Network. He has also been affiliated locally with the Jane Goodall Foundation’s Roots & Shoots program, and has helped to set up programs for them in Dallas, Trento, Bari, and Bangalore.