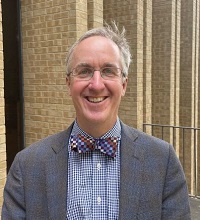 Dr. Malloy received his Ph.D. in Theology from The Catholic University of America. He has taught at the University of Dallas since 2001. He approaches the theological vocation with the conviction that God’s gift of revelation is perfectly harmonious with right reason. In the face of apparent difficulties, faithful exploration yields fruitful insight into the Deposit of Catholic Faith. He sees contemplation and love of the truth as the ultimate purpose of theology. He researches the thought of Thomas Aquinas, the Angelic Doctor, especially as it is relevant to contemporary issues in Anthropology, Trinity, and Ecclesiology.

"Karl Rahner:  A Withered Faith," chapter in Faith Once for All Delivered:  Tradition and Doctrinal Authority in the Catholic Church, ed. Kevin Flannery, SJ, and Robert Dodaro, OSA.  Emmaus Academic, 2022

Catholic Ecumenism: Towards an Integration of Faith, Hope, and Charity," Homiletic and Pastoral Review, July 2014.

"Eschatology and Eucharistic Adoration," Homiletic and Pastoral Review May, 2014.

"Figurative and Properly Literal Discourse in Scripture and Theology," chap. 8, Reason and the Rule of Faith: Conversations in the Tradition with John Paul II, ed. Steven Long and Christopher Thompson (University Press of America, 2011), pp. 101-117.

"Marian Coredemption and the Joint Declaration on the Doctrine of Justification," in Mary at the Foot of the Cross VIII: Acts of the Eighth International Symposium on Marian Coredemption (New Bedford, MA: Academy of the Immaculate, 2008), pp. 351-409. Book includes chapters by Timothy Noone, Brunero Gherardini, and Enrique Llamas, OCD.

Aquinas on Beatific Charity and the Problem of Love (Emmaus Academic; 2019)

Engrafted into Christ: A Critique of the Joint Declaration (New York: Peter Lang, 2005).

"Proper and Improper Analogy in Aquinas," Workshop on Anoalogy at The University of Dallas; Novembe 21, 2015.  Invited Speaker/Participant

"No Salvation Outside the Church?" Theology on Tap. For Mary Immaculate, February 18, 2021

"Luther and Catholicism on Justification." Theology on Tap. For Mater Dei. At Steam Theology Brewery, October, 2020.

"Our Lady of Fatima." For Aspiring Theologians Society.  April, 2017.

"A Catholic Perspective on the Joint Declaration on the Doctrine of Justification" at The 35th Annual Symposium on The Lutheran Confessions: Justification in a Contemporary Context (Concordia Theological Seminary; Fort Wayne, IN; January 18-20, 2012)

"An Examination of the Joint Declaration on the Doctrine of Justification" (For "The Year of St. Paul" at St. Paul's Cathedral, St. Paul, MN; April 2009). I presented a Catholic perspective, and Robert Jenson presented a Lutheran perspective.

"Marian Coredemption and the Joint Declaration on the Doctrine of Justification" (8th International Symposium on Marian Coredemption; sponsored by Franciscan Friars of the Immaculate; Fatima, Portugal; July 2007)

Review of Mary, "Mediatress of Grace." Mary's Universal Mediation of Grace in the Theological and Pastoral Works of Cardinal Mercier. Supplement of "Mary at the Foot of the Cross" IV by Manfred Hauke (New Bedford, MA: Academy of the Immaculate, 2004), pp. 183. In Nova et Vetera (English edition), vol. 5, no. 1 (Winter 2007): 225-27.