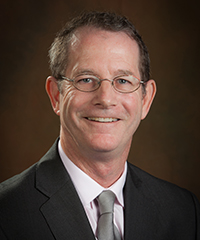 “Together on the Journey of Hope: Reflections on the Responsibilities of Lay Catholics  for Treatment of Migrants and Immigrants." Ministry Conference, Dallas, School of Ministry, October 29, 2011.

“What Does the Catholic Church Teach About Evolution.” Ministry Conference, Dallas, School of Ministry, October 28, 2011.

“Augustine's Hermeneutics and His Rhetorical Approach to the Book of Revelation in Book XX of the City of God." Villanova Patristic, Medieval, and Renaissance Studies Conference, October 21, 2011.

Slattery Lecturer, University of Notre Dame, Perth, Australia, July 2011. “The Church as Body of Christ: Evo-Devo and new advances in biology and new insights into the integrity and contingency of the Church.”

“Questions on the Historicity of the Virgin Birth: Results of Scriptural and Patristic considerations.” Seminar Presentation.  International Conference on Patristic Studies, Oxford, August, 2007.

“The Power and Danger of Allegory: Augustine’s Interpretation of the Jews in His Preaching.” International Society of Biblical Literature Conference. Vienna, July, 2007.

"Augustine as Preacher: The Rhetoric of the Incarnate Word."  Seminar on the Development of Early Catholic Christianity, Waco, Texas, October 2004.

"Augustine's Use of Scripture Against the Donatists in the De baptismo contra Donatistas:  Reconceiving the Images of the Church."  American Society of Church History National Conference, Washington, D.C., January 2004.

"Augustine's Confessions:  The Spirit Rests over the Waters."  National Conference of the North American Patristics Society, Chicago, May 2000.