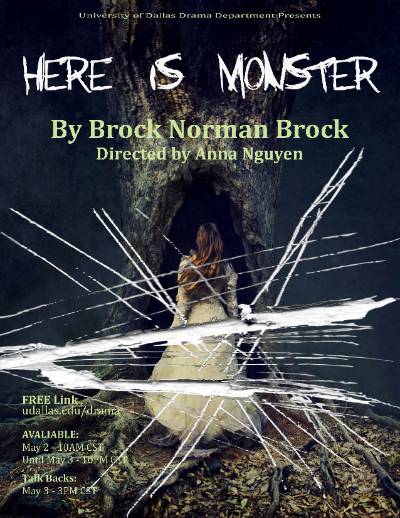 Here is Monster by Brock Norman Brock is a dark, gritty fairy tale. When Massimo, a reformed murderer, returns home claiming he's changed, his wife refuses to accept him. He tries to prove that he is worthy of forgiveness through great deeds and by silencing his old dark habits stirred up by his mistress, Jenny-a-witch. Through the lens of a fairy tale it explores the ferocity of human passions and the inability to forgive.

The Typists by Murray Schisgal 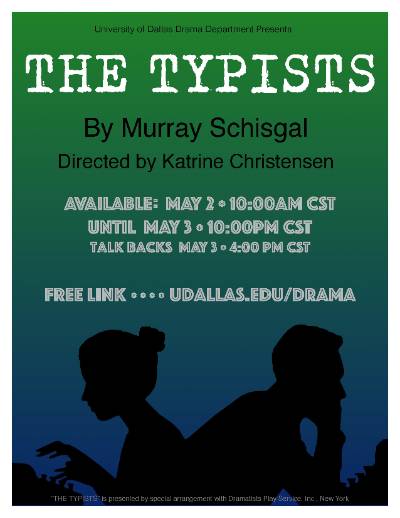 The Typists by MurraySchisgal is a charming, bittersweet comedy that follows Paul, a married man with aspirations of becoming a lawyer, who becomes a temp typist at an advertising company, where he meets Sylvia, a romantically-minded woman. They feud, flirt and blur the line between coworker and companion while 40 years of their lives are telescoped into one 9-to-5 workday.

** The Senior Studios will be presented via VIDEO STREAM on May 2-3.  A link will be emailed to each registrant on May 2 and will be available for viewing through 10 pm CST on May 3. **