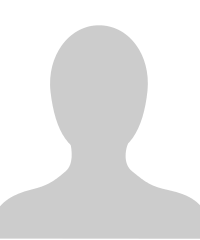 He has received many awards, including a Fulbright to the University of Lisbon, a Mellon Post-Doctoral Fellowship, the Harvard English Scholar award, and the Walter J. Gores Teaching award from Stanford.

While he is an expert in the work of James Joyce, he has also taught and written on the art of Jane Austen, Joseph Conrad, T.S. Eliot, Wallace Stevens, and on contemporary poems and novels [both British and American]. In addition, he has a fanatical love for the poetry of Homer and Dante.

Brett Bourbon, Ph.D. is also the Strategy and Technology consultant at the Silicon Valley Insight and Design firm of Slanted Light. He has worked on consulting projects, involving strategic and technological issues, for Microsoft, Nike and a host of start-ups.

Brett Bourbon is the author of Finding a Replacement for the Soul: Meaning and Mind in Literature and Philosophy (Harvard UP, 2004). He has also written and published numerous essays, including essays on the concept of culture, the philosophy of Wittgenstein, science fiction, the theory and practice of poetry, and James Joyce's Finnegan's Wake.

He has recently completed a manuscript, entitled An Art of Attention: Poems, Ethics, and the Rationality of Description. He is currently working on a book entitled, The Logic and Poetry of Analogy, as well as a collection of essays, entitled The Senses of War and Culture.