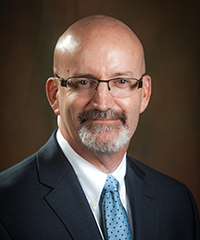 Gregory Roper received his Ph.D. from the University of Virginia. In addition to his role as associate professor and department chair, he is also the current director of the Shakespeare in Italy program.

Gregory Roper, Ph.D. has interests in Middle English literature, rhetoric and composition, literary theory, and pedagogy. He has published essays on Medieval penitential manuals and their influence on late Medieval literature, on the Canterbury Tales, and on teaching survey courses and literary theory. He has published a book using ancient and medieval notions of imitation to help students write better entitled The Writer's Workshop. He also enjoys advising students about career plans and graduate school.