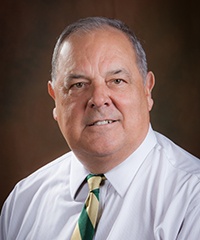 Thomas W. Jodziewicz received his Ph.D. in history from the College of William and Mary.  He has served as the Department of History's chairman (1991-2009) and as president of the Texas Catholic History Society (2004-2008, 2012-2014). He initiated the Fides et Ratio faculty conversation on the Catholic intellectual tradition (2006 to the present).

Research interests include American history, and history of the Catholic Church.

"On Awakening Dinosaurs: the United States and Isolationism, the Inter-war Years," The Texas Journal of History and Genealogy, vol. 6 (2008), 11-20.