A concentration in Latin American studies provides an opportunity for students to broaden their understanding of the Core Curriculum’s themes and questions through study of Latin American peoples, literatures, and histories. Latin America’s position as a site of cultural encounter with distinct approaches to the Western and Catholic traditions allows the student to examine those traditions in a new context. Topics covered by this concentration include Catholic social teaching, social justice, economic development, cultural forms of expression, public health, Inter-American relations and immigration.

18 credit hours are required for the concentration. Each student must take either HIS 3363 or HIS 3364 (History of Latin America I or II) as a foundational course for the concentration. It is recommended that students take at least one course from Anthropology & Sociology and one from Modern Languages (Spanish). Per university policy, up to two courses in the concentration may double-count toward the student’s major, as appropriate.

The following list includes courses that can be taken for the concentration, yet other relevant courses may be offered that could count toward the concentration. As such, substitutions (including for the foundational course, if necessary) may be made in consultation with the director. 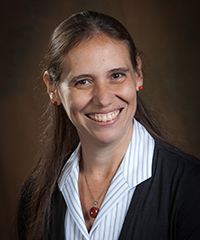