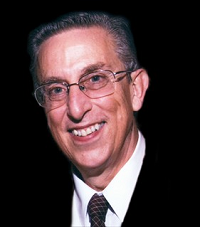 Dr. Raymond DiLorenzo was Professor Emeritus in the English Department at the University of Dallas.  He took his Ph.D. from the Center for Medieval Studies at the University of Toronto.  He was a medievalist interested in the uses and transformations of the classical rhetorical and poetic traditions in the literature and theology of the Middle Ages, especially the works of Augustine, Dante, and Chaucer - upon all of whom he published articles.  Late in his career, he studied Hebrew and the poetics of the Christian Bible.  He was a member of the English Department for thirty-three years, from 1972 to his retirement in 2005, during which time he taught thousands of freshmen how to design, argue, and write in the genre of the short academic essay.  He was a philologist of the highest order - a lover of words and the Word.  Professor DiLorenzo was married to his wife Nancy for 46 years, and they have three children:  Laura, Raymond, and Maria.  He passed away July 16, 2010.

The Dr. Raymond D. DiLorenzo Essay Contest is an annual competition in which professors nominate their best student essays from the Spring Literary Tradition II course.  The essay may be on either Dante or Milton, both theological poets trained in the classical rhetorical tradition which was Professor DiLorenzo's abiding interest.  Each teacher may nominate only one essay.  The standards for the essay contest are three:

The winner be awarded publication in the next year's University Scholar, and a modest monetary prize supported by the Dr. Raymond D. DiLorenzo fund.  The winner will be announced in the UD News in the Fall after the semester and summer of the contest.

Past Recipients of the DiLorenzo Essay Contest