The Dr. Katherine Maren Sorensen Award for Excellence in the Study of the Novel

The Dr. Katherine Maren Sorensen Award for Excellence in the Study of the Novel 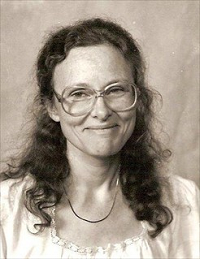 The Katherine M. Sorensen Award for Excellence in the Study of the Novel recognizes a student in Literary Study II:  Prose Fiction, whose presentation reveals him or her to be a superior reader of the novel, exhibiting in his or her reading, writing, and delivery Katherine's characteristic virtues:  A precise intelligence and wit, a capacious imagination, and a humane learning.  The student will receive an award funded by the Katherine M. Sorensen Memorial Fund.

Katherine Sorensen began her 20 year teaching career at the University of Dallas in 1981.  She had previously taught at Yale University, where she earned her Ph.D., and at Albertus Magnus College, the University of Michigan at Ann Arbor, and Carleton College.

Dr. Sorensen's field of specialization was the Victorian Period, and her dissertation was "Drama in George Eliot:  A Model for Imaginative Expression."

In addition to her teaching courses in the Literary Traditions sequence, the senior course Lit Study II:  Prose Fiction, and Victorian and British Literature, Dr. Sorensen was Chair of the English Department from 1989 - 1990, directed numerous Ph.D. and M.A. theses, and served on many committees both within and outside the university.  She published numerous articles in the Victorian Institute Journal, The Victorian Newsletter, and The Sewanee Review.  She was a founding member of the University of Dallas chapter of Phi Beta Kappa, and a King-Haggar Scholar.  She was married to S. Michael Simpson, an English Professor, and they have two children, Hannah and Stephen.

Professor Sorensen maintained a positive attitude with her diagnosis with cancer in 1997.  Speaking openly and directly to her students and colleagues about her illness, she went forward with grace and dignity.