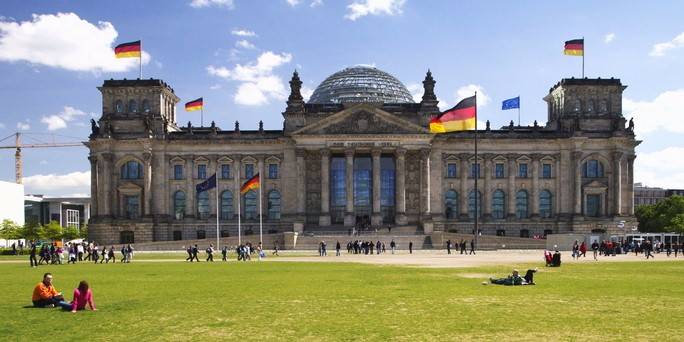 At UD we offer German as an intensive course, which combines 2 semesters worth of study into one.  This way a student can fulfill his or her language requirement in only one academic year.  The classes meet daily with first year German completed in the fall semester and second year German in the spring.

That of UD's 40+ Fulbright awards over the years, 25 of those students receiving the prestigious scholarship went to Germany, Austria, and Switzerland thanks to continued study in German beyond the core.

That there are many opportunities to study in Germany at both the bachelor's and master's levels.  Two thousand grants are awarded to US students annually to study and research in Germany, offering more scholarships for international students than any other country and requiring NO TUITION at excellent universities.

That Germany is one of the most important trading partners of the United States.  German companies account for 800,000 jobs in the US (making them the third largest group of foreign employers in the country), and US companies have created approximately the same number of jobs in Germany.  Germany is the third largest investor in the US, the fourth largest national economy worldwide and the largest in the European Union.  Knowing German can boost your annual salary in the UD by 4%, in Europe by even more.

That with more than 25,000 scientists working in Germany, it is the world's third largest "country of researchers."  Knowledge of German particularly enhances the qualifications of those studying biology, chemistry, engineering or physics, and improves their chances of finding a job.  If you can read German, you have access to a whole world of research findings in all areas of modern science.

That you can take part in exciting study abroad courses and internships in the summer months in Germany that count toward UD credit?

That the UD German program offers an academically challenging and energetic course of studies in German language, literature, linguistics, history, and culture that prepares you for almost any area that you care to explore--anything from teaching pedagogy to German Mythology and J.R.R. Tolkein's Lord of the Rings.