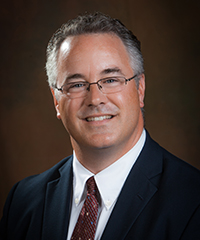 Matthew Walz was born in New York, but grew up mostly in Ohio. He completed undergraduate studies at Christendom College in Virginia, double-majoring in philosophy and theology and graduating as the valedictorian of the class of 1995. He did graduate studies in the School of Philosophy at The Catholic University of America (Washington, DC). There he earned a doctorate in philosophy by completing a dissertation on Thomas Aquinas' understanding of free will.

Matthew has been teaching at the college level since 1998. As a graduate student, he taught for two years at The Catholic University of America. Then he began teaching at Thomas Aquinas College (Santa Paula, CA), where he remained for eight years. Since 2008 he has served as a professor in the Department of Philosophy at the University of Dallas (Irving, TX). In addition, since the summer of 2012, he has served has Director of Intellectual Formation at Holy Trinity Seminary (Irving, TX). His research and writing focus primarily on medieval philosophy, ancient philosophy, and philosophical anthropology. Besides Aquinas, his favorite philosophical authors include Aristotle, Augustine, Boethius, Anselm, and Bonaventure.

Matthew has been married since 1999 to his lovely wife Teresa, and thus far they have been blessed with eight children (two boys and six girls) who keep them busy, of course, but also joyful and grateful to God for His multitudinous gifts.

“At the Heart of Atheism: Aquinas on the Two Basic Objections to a God’s Existence,” in: Bridging Divides, Crossing Borders, Community Building: The Human Voice in Core Texts and the Liberal Arts, eds. T. Hoang and D. Nuckols (ACTC Publications, forthcoming).

“From Monasticism to Scholasticism: Reflections on Anselm and Aquinas,” in: Selected Papers from the Twenty-First Annual Conference of the Association of Core Texts and Courses (forthcoming).

“Education as Intellectual Healing: Pedagogical Dimension of Boethius’s Consolation of Philosophy,” in: Selected Papers from the Twentieth Annual Conference of the Association of Core Texts and Courses (forthcoming).