Philosophy begins in the love of wisdom. It is as much a spiritual as an intellectual quest.

The Master's Program in Philosophy intends to engage students in a serious and thorough study of the Western philosophic tradition. It is not expected, however, that students will acquire merely an extrinsic knowledge of historical authors and doctrines. Rather, they should hope to recover the best of the philosophic tradition in the light of persistent questions, old and new.

If you are a student contemplating graduate studies in philosophy, you undoubtedly already realize that the philosophic world is in ferment, and that many of the most vibrant impulses are coming from outside departments of philosophy. The insight that philosophy should not be considered a single discipline isolated from others is the foundation of the doctoral program of the University's Institute of Philosophic Studies, and students in the Master's program benefit from the interdisciplinary activity that the Institute fosters.

Learn from our diverse and distinguished faculty.

The faculty of the Department of Philosophy have diverse backgrounds and are interested not only in currents that presently animate philosophy, but also in its historical foundations. The dialogues of Plato, the treatises of Aristotle, the meditations of Descartes, the critical efforts of Kant, the "destruction" of metaphysics by Heidegger, as well as the ideal of sapientia Christiana and the speculative philosophy and theology of medievals like Thomas Aquinas and Duns Scotus are part of the everyday discourse of the Department. The faculty are all acutely aware that philosophy begins in the love of wisdom and is as much a spiritual as an intellectual quest. It is their intention to provide graduate students in philosophy a solid foundation in the history of Western philosophy by focusing on classic texts from all periods in light of modern questions and methods.

Engage in our vibrant, scholarly community.

Prepare for a future of success.

Many people are under the false impression that graduate training in philosophy is exclusively aimed toward a career in teaching. On the contrary, the study of philosophy helps one acquire conceptual, analytical, argumentative, and research skills that are valuable in management and industry. Philosophy students consistently score higher on standardized tests for professional schools than students in any other humanities discipline and most scientific disciplines. Many philosophy graduates go on to careers in government and law, and may find special opportunities in such fields as ethics counseling and consulting, and in legal, business, and medical ethics. 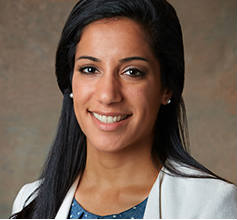 “ The program’s vision of the academic vocation holds immense value as it allows the pursuit of truth and wisdom to become an end in itself, rather than simply a means to an end. What this seems to imply is that the pursuit of wisdom is not limited to the classroom – I do not cease to ‘love wisdom’ when class is dismissed. Rather, philosophy must encompass my whole personhood; it must become for me a way of life. ”- Elisa Torres, Lilly Fellow & Current Graduate Student